New Tensions in the SCS: Whose Sovereignty over Paracels?

China’s positioning of a state-owned oil rig in waters near the disputed Paracel Islands has led to increased tensions between China and Vietnam. While this has been seen as another demonstration of Chinese assertiveness, a closer look may tell a different story.

TENSIONS BETWEEN China and Vietnam over sovereignty issues in the South China Sea flared up again on 2 May 2014 when China positioned an oil rig in waters off the disputed Paracel Islands. Vietnam protested this action and sent vessels to disrupt the rig’s operations. China responded by sending more ships to protect the rig. Inevitably with the numbers of opposing vessels in the area, a violent clash occurred on 7 May injuring some Vietnamese personnel and damage to some vessels.

Vietnam has launched a strong diplomatic and public relations campaign to support its position. It appears to be winning the public relations battle with much global commentary supporting its claim that the rig is illegal and painting the situation as yet another example of China’s assertiveness. However, a closer look at the situation suggests that China may be within its rights with the rig. Undoubtedly, however, it could have handled the situation more diplomatically rather than acting unilaterally in a way that inevitably would lead to increased tension.

Woody Island is indisputably an island under the regime of islands in the 1982 UN Convention on the Law of the Sea (UNCLOS) and thus entitled to an EEZ and continental shelf. Despite global commentary that suggests otherwise, a negotiated maritime boundary in this area would likely place the rig within China’s EEZ even if reduced weight was given to China’s claimed insular features.

Vietnam claims that because the rig is closer to its mainland coast than to China’s and well inside 200 nautical miles of its coast, it lies within its EEZ and on its continental shelf. Superficially this argument may appear attractive but geographical proximity alone is not an unequivocal basis for claiming sovereignty or sovereign rights. There are many examples around the world of countries having sovereignty over features well inside the EEZ of another, or of EEZ boundaries being established significantly closer to one country than to another.

Vietnam’s current claim is seriously weakened by North Vietnam’s recognition of Chinese sovereignty over the Paracels in 1958 and its lack of protest between 1958 and 1975. A number of governments, including the United States, have explicitly or implicitly recognised Chinese sovereignty over some or all of the islands. China has occupied Woody Island since the end of World War Two. North Vietnamese occupation of that large feature may have significantly affected American operations against North Vietnam during the Vietnam War.

The US has urged the claimant countries to exercise care and restraint. Against the historical background of American acceptance of China’s sovereignty over Woody Island, it would be hypocritical now for Washington to make any stronger statement that might be seen as supportive of Vietnam’s position. 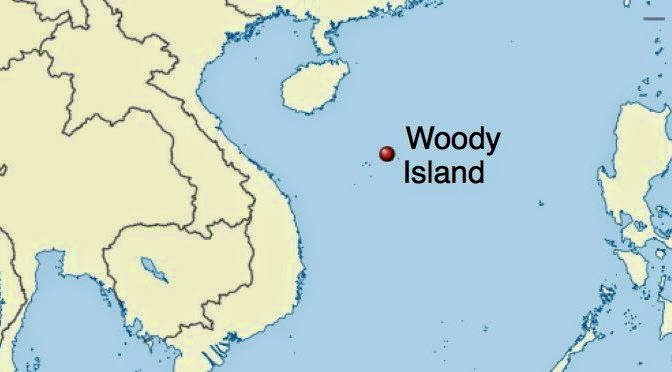 Previous incidents around the Paracels mainly related to fisheries management issues and China’s arrest of Vietnamese fishing vessels attempting to fish in or near the islands. Undoubtedly Vietnam can make a strong case that its fishermen have traditionally fished in these waters – in much the same way as China claims traditional rights for its fishermen elsewhere in the South China Sea.

Vietnam may well have been better off to agree to China’s sovereignty over the Paracels in return for China conceding traditional fishing rights in the area to Vietnamese fishermen and agreeing to pursue the joint development of marine resources in the waters between the islands and the coast of Vietnam. Unfortunately, however, the two countries have probably passed the point of no return in being able to reach such a negotiated settlement. Vietnam is playing for high odds by endeavouring to muster global and regional support for its position when in fact, it may end up with nothing.

Hard line positions by all the parties to the sovereignty disputes in the South China Sea are short-sighted and will inevitably lead to increased tensions and regional instability. There will be ‘losers’ in this approach when potentially all could be ‘winners’ if the parties accepted the need for functional cooperation in managing the sea and its resources. The geographical reality is that straight line maritime boundaries will be impossible to achieve in some parts of the sea, and as a consequence, the sole ownership of resources will also not be possible.

The irony of the current situation is that functional cooperation is not just something that would be nice to have but is an actual obligation under Part IX of UNCLOS covering semi-enclosed waters such as the South China Sea. That obligation has been forgotten while countries continue to assert their unilateral sovereignty claims and risk a ‘win-lose’ outcome.

Sam Bateman is a Senior Fellow in the Maritime Security Programme at the S. Rajaratnam School of International Studies (RSIS), Nanyang Technological University. He is a former Australian naval commodore with research interests in regimes for good order at sea.