The detention of blogger Nguyen Huu Vinh (a.k.a. Anh Ba Sam) and his assistant Nguyen Thi Minh Thuy constitutes an arbitrary deprivation of liberty under national and international laws.

A failure of due process in the first place

The case “The SRV vs. Anh Ba Sam” was initiated on May 5, 2014 with the detention of Mr. Nguyen Huu Vinh and his assistant, Ms. Nguyen Thi Minh Thuy.

In the case of Anh Ba Sam, however, the detention by the Investigating Body under the Ministry of Public Security fails to fit into any category of urgent arrest or detention as stipulated in Article 81, the Vietnamese Procedural Criminal Code of 2003.

Under this law, urgent arrests can only be made in the following cases:

Obviously the arrest of Nguyen Huu Vinh and Nguyen Thi Minh Thuy does not fall in any of these cases, because the Article 258 of the Penal Code under which they were charged does not belong to the category of “very serious” or “exceptionally serious” crimes. There was not any victim or person present at the homes and offices of Vinh and Thuy to see with their own eyes or to confirm that Vinh and Thuy had committed any offence. The investigating body also failed to find any trace of offence at the homes and offices of Vinh and Thuy: as confirmed in the Investigative Report of October 30, all of the objects confiscated at their homes and offices were found “unrelated to the case.”

The failure of due process in the first place led to due process violations in the subsequent phases.

Notably, the Investigative Report obviously revealed unlawful means by the police to obtain the evidence based on which the urgently arrest warrant on Nguyen Huu Vinh and Nguyen Thi Minh Thuy was signed.

The unlawful means were clearly referred to on the first page of the Investigative Report, which wrote that “the case began on April 1, when the Department of Political Guardian No.6 [Cục Bảo vệ Chính trị 6] under the General Department of Public Security No. 1, Vietnam’s Ministry of Public Security [Tổng cục An ninh I – Bộ Công an] dispatched a note to the Investigating Body of Public Security, providing surveillance data collected from two Internet subscribers who were VDC’s and FPT’s clients and whom they alleged “often posted to the Internet articles with signs of infringing upon the interests of the State, the legitimate rights and interests of organizations and citizens.”

Some people automatically linked the issue to similar circumstances in Western countries, where the police can only monitor phone calls when they are authorized by the court(s).

Under Vietnamese law, Article 38 of the Civil Code can provide a hint to answer the above questions. It stipulates that “individuals’ letters, telegrams, telephones, and other electronic correspondence shall be protected to ensure confidentiality.”

In addition, Article 72 of the Law on Information Technology strictly prohibits the access to, adjustment to or removal of the data of organizations and citizens in the cyber area.

Some people may invoke Article 38 of the Civil Code to argue that the monitoring of correspondence and electronic information can still be conducted “in circumstances which are stipulated by law” AND “with the order from the competent State authority.” However, which specific law this provision refers to, or which State authority is competent in the case of Nguyen Huu Vinh and Nguyen Thi Minh Thuy, was not mentioned in the Investigative Report.

More importantly, if the Ministry of Public Security is authorized to monitor personal Internet data, and if there was indeed an official decision granting them the authority to monitor Nguyen Huu Vinh and Nguyen Thi Minh Thuy’s data on the Internet, then a big question should be raised about the constitutionality, legality and legitimacy of such decisions.

It should be noted that the two regulatory notes that define duties, obligations, and authority of the Ministry of Public Security, ie. Decree No. 77/2009/NĐ-CP and Decree No. 21/2014/NĐ-CP, cannot be found in any national gazette or legal database on the Internet. Some sources said these two notes were classified as “confidential”, thus closed to the public. 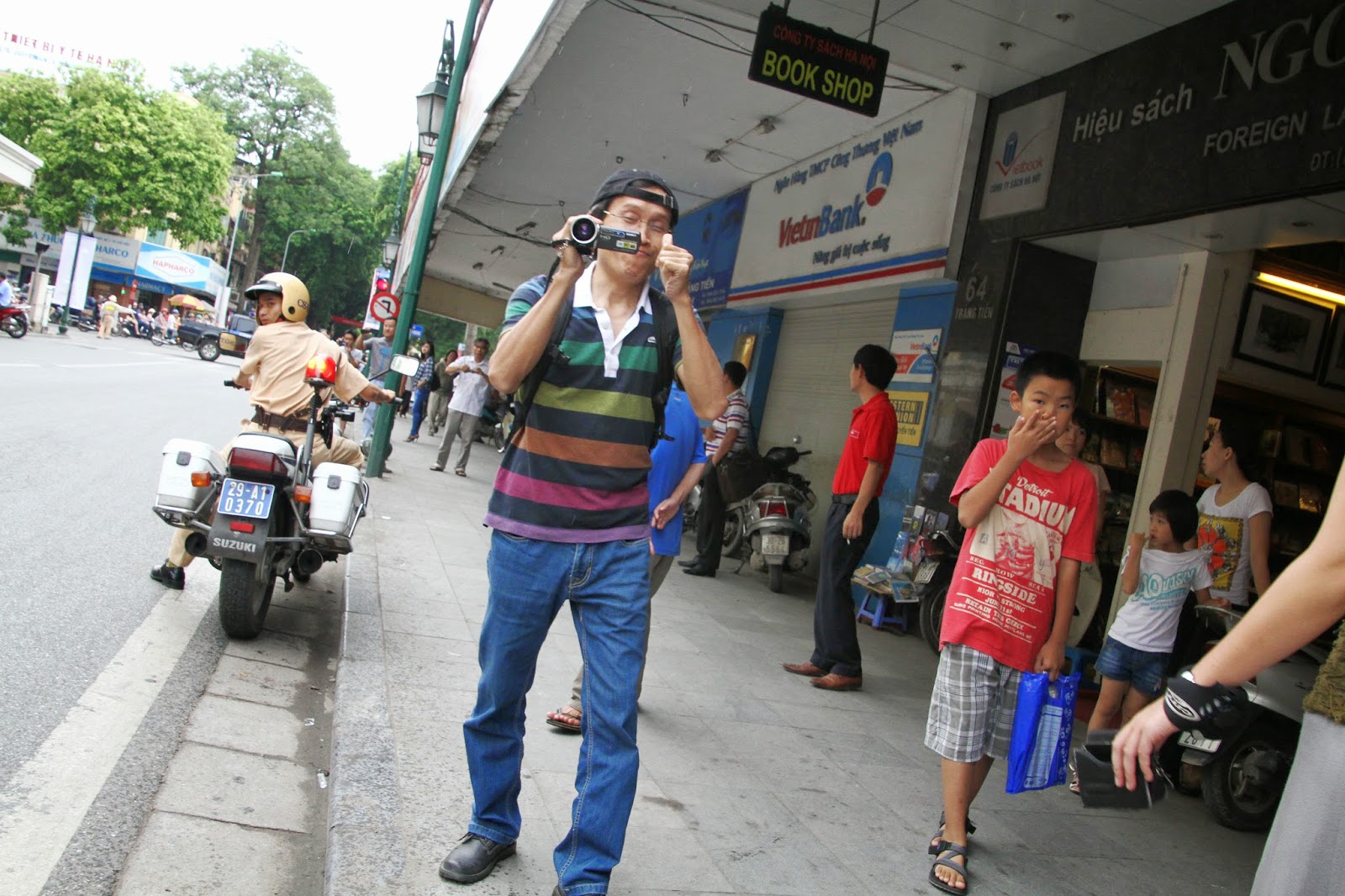 Under international human rights laws, the arrest of Mr. Nguyen Huu Vinh and Ms. Nguyen Thi Minh Thuy is a violation of their right to liberty and constitutes an arbitrary arrest.

Articles 9 of both the 1948 Universal Declaration of Human Rights and the 1966 International Covenant on Civil and Political Rights stipulate that “no one shall be subjected to arbitrary arrest, detention or exile.”

Vietnam, as a full member of the United Nations, has signed these two treaties, which are generally agreed to be the foundation of international human rights laws.

The general standards of these above treaties, in the context of a rule of law with an independent judiciary system, are always interpreted and enforced in a manner that helps to achieve social justice and balances human rights with security.

In 2000 the UN Working Group on Arbitrary Detention, a body consisting of independent human rights experts working on arbitrary detentions in its member states, introduced a set of criteria to assess whether an act of deprivation of liberty is arbitrary. Among the criteria, Category II provides that the deprivation of liberty results from the exercise of the rights or freedoms guaranteed by UN human rights treaties is regarded as arbitrary.

The police, by alleging Nguyen Huu Vinh and Nguyen Thi Minh Thuy to have posted to web 24 articles mentioned in the Investigative Report and arresting them despite their denial of allegation, have evidently violated freedom of expression, and this act of arrest fits into the above-mentioned Category II.