"All the army forces inside and outside the barracks, assemble," the Facebook post reads. "Read our commands carefully before the raid." A few lines later. "Don't comment. Don't curse. Just report them."

It's military talk, but they're not soldiers. It's a Facebook raid, conducted on July 12th against an independent Vietnamese news site called the Khmer Krom News. Below the post, dozens of comments weigh in with support: "Damn them, let’s finish them off," and "I set up dozens of accounts for this =))"

The publication had been too critical of the government, it turns out, and even though most of the commentators are civilians, they’re ready to suit up to make sure the paper can’t keep publishing its critical views. The strategy is simple — rack up enough abuse reports to knock the site off Facebook, effectively cutting it off from its audience. It's a surprising tactic, but it works. Vietnamese groups have counted 44 different journalists and activists who have had their accounts taken down in recent months, including countless more publications. For many, like the journalist Liberty Melinh, the shutdown turns into a permanent hiatus.

This isn't the first time activists have run into trouble on Facebook. Despite the service's much-feted role in the Arab Spring, it's also been a place where hostile regimes and their supporters can chase down opposition figures, whether it's Assad-friendly hackers in Syria or Putin-friendly trolls in Russia. But Vietnam is the first place where Facebook’s own policies have been singled out for enabling attacks — in particular, the service's "Report Abuse" button, which is used to flag content that's hostile or inappropriate. The button is designed to protect Facebook users from the same threats and abuse that often run rampant on Twitter and Tumblr, but as the raid shows, that protection can also be used as a tool for stifling dissent.

Facebook says the "report abuse" button is just one of many tools the company looks at when removing content. "Convincing lots of people to report something won’t cause the information to be taken down or hidden unless there’s something else about it that violates our policies," the rep told us. But it's unclear which policy Trang and the other journalists might have violated, particularly since most of the sites were later reinstated. Facebook declined to comment on particular cases in Vietnam.

But after dozens of cases, the pattern is clear enough. If you swarm a page or a person with enough abuse reports, you can kick them off Facebook. Pro-government forces in Vietnam have learned how to do it, and they’re using it to devastating effect.

For journalist Pham Doan Trang, it's meant that the free space of Facebook has become effectively controlled by her political opponents. "They have been escalating since mid-June," Trang says, "by now, it’s hundreds of pages that have been knocked down," both from individuals and larger publications. Generally, the pages were taken offline through Facebook raids like the one that targeted Trang — a large group of people all pressing the Report Abuse button at once. Anything they were trying to say is effectively silenced, whether it’s breaking news or reports from a protest.

Because of Facebook’s semi-anonymous nature, it’s also difficult to say exactly who is running the accounts that organize the raids. Vietnam's propaganda office employs almost 1,000 "opinion shapers," tasked with influencing online opinion in the government’s favor, but many of the people involved in the attack say they are simply supporters of the government. Reached by The Verge, one said he didn’t work for the government, but that "I protect them without receiving any benefit or money." As a result, it's hard to prove to Facebook that the raid was a government-sponsored attack rather than a garden-variety flame war.

The problems have led many to question Facebook's approach, particularly among web activists. "I would prefer that companies not regulate content," says Jillian C. York, a director at the Electronic Frontier Foundation. "But if they have to, they need to be clear about their rules, and I don't think there's ever a reason they should report political opposition parties." At the same time, Facebook's global status means it has to find a single set of rules for its operations all across the world. In other countries, the rules come under fire for not restricting enough content, as when groups like ISIS try to use Facebook as a platform to spread their message.

In countries like Vietnam, there's also the real risk that ending up on the wrong side of the government will endanger Facebook's ability to operate in the country at all. More than two-thirds of the country use the service — a full 25 million in all — but until 2011, Facebook faced a countrywide block in Vietnam over concerns of spreading discontent, and it's easy to imagine the block returning if the regime has a change of heart. Already, activists have been prosecuted for "abusing democratic freedoms" based on status updates, and there's a sense that anything posted on the site could quickly turn into evidence. "In Vietnam, there's a saying," Trang says, "we have freedom of expression but we don't have freedom after expression."

Trang still isn't angry at Facebook for the troubles. She says that "without Facebook there would be almost no dissident groups in Vietnam." But she also has a few specific changes in mind: add more review to the Report Abuse process, require more background on users who report, and institute penalties for anyone making a report that's found to be phony. They're simple changes, but spread across a billion users, they could have a huge effect. It would be a messier Facebook, with more freedom for activists and more freedom for hostile groups too. The bigger question is whether, three years after the Arab Spring, Facebook is willing to loosen its restrictions, and whether vulnerable bloggers can survive if it doesn’t. "I just want Facebook to help these people," Trang says. "This is a fight for democracy in Vietnam." 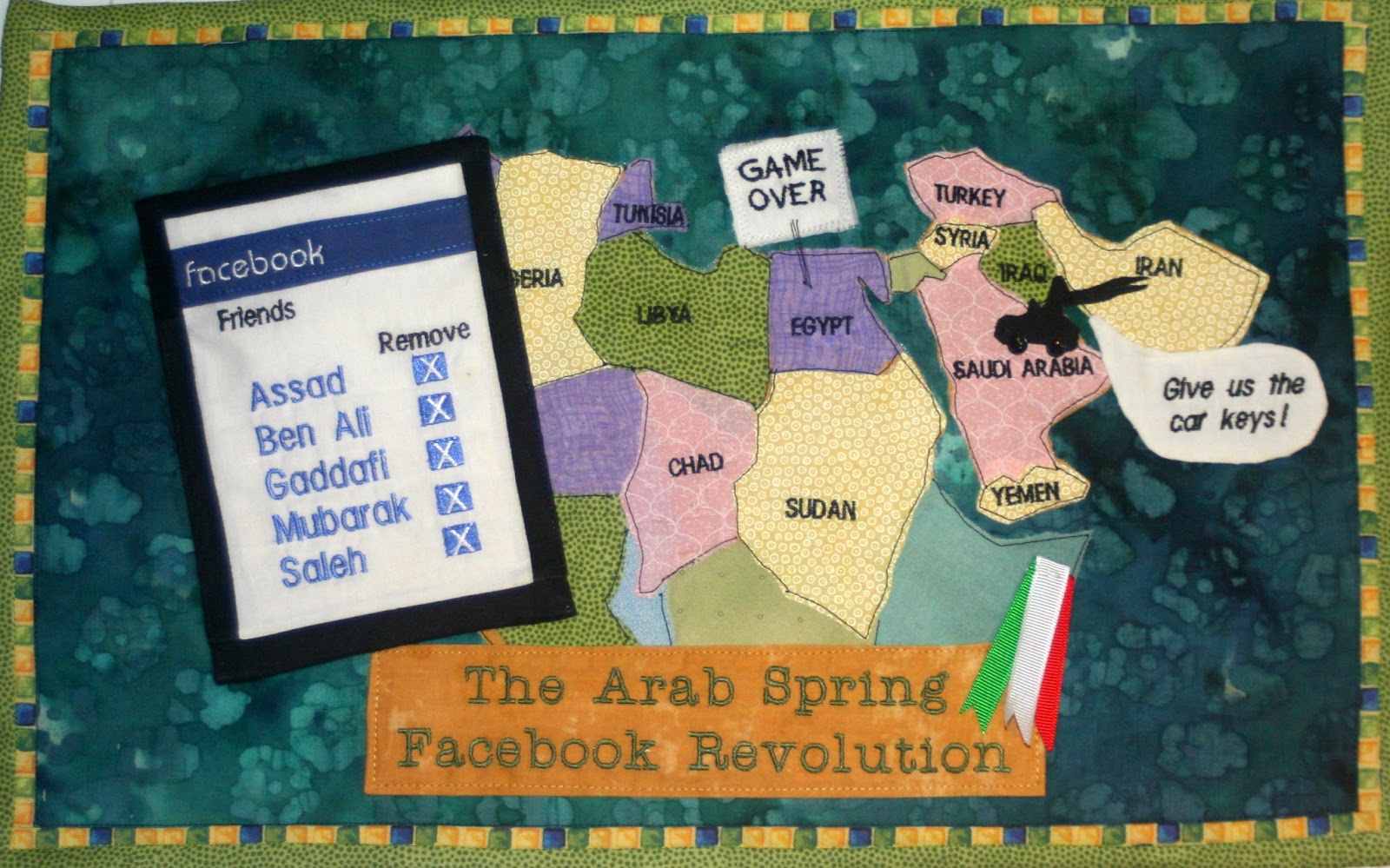 Image courtesy of The Quiltoonist