Why TPP Should Be A Nonstarter

As negotiations for the Trans-Pacific Partnership free trade agreement continue, several members of the U.S. Congress held a press conference on July 9 on the steps of the Capitol, setting forth numerous objections to the Obama administration’s approach to the TPP.

Below is the full text of my address. 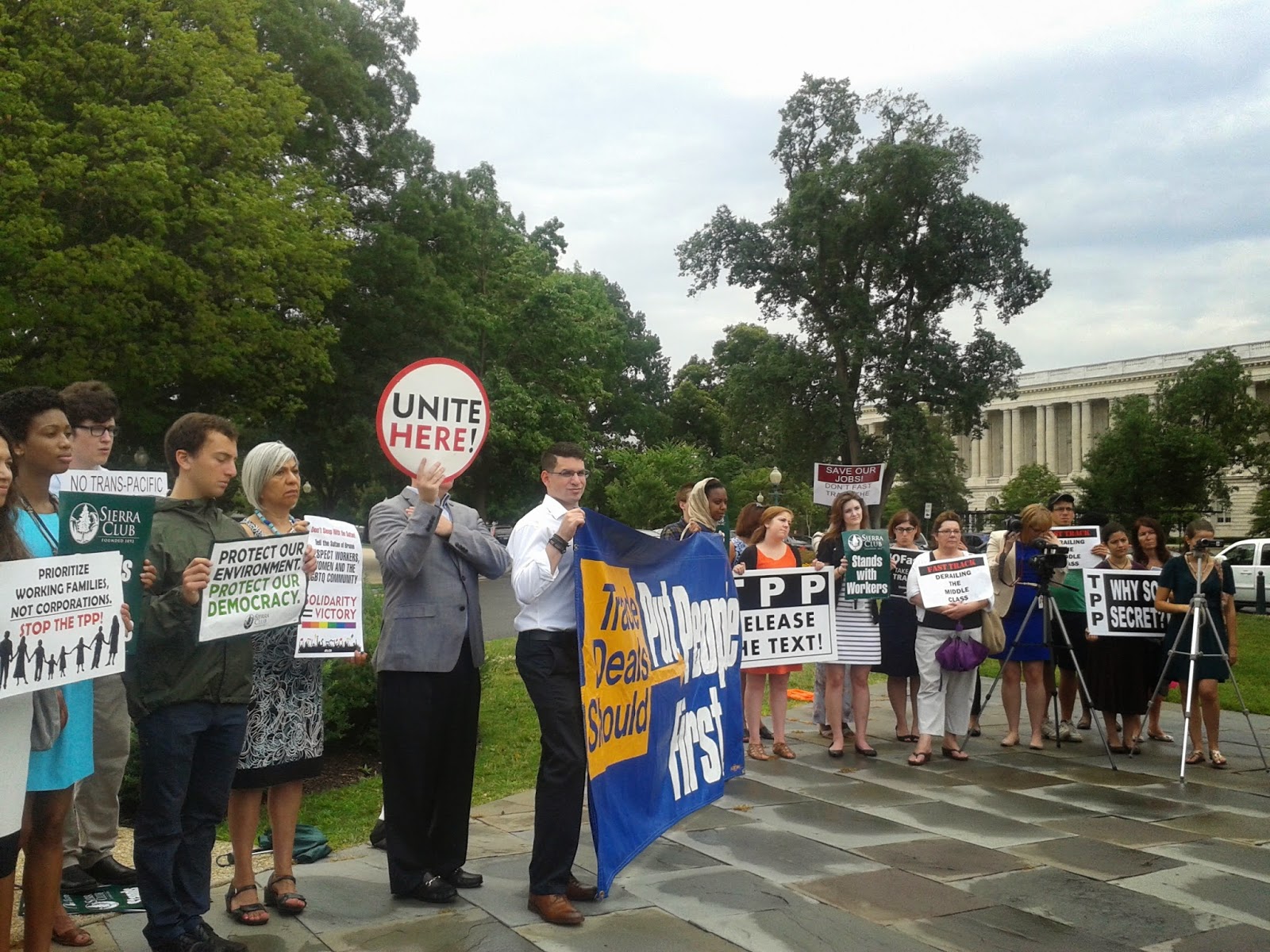 Thank you, ladies and gentlemen, for inviting me here to speak about labour rights violations in Viet Nam, and why the TPP should be a non-starter.

On June 26, labour right activist Do Thi Minh Hanh, 29, was released from prison, and this is good news. However, it does not change the fact that labour rights, together with land rights and the right to expression, may be the three most widespread and seriously violated rights in Viet Nam.

Every year in Viet Nam, there are hundreds of workers strikes; and 95% of them are considered to be illegal. Why illegal? Because, no way can they be lawful under the Labour Code and Trade Union Law, which still deny the existence of independent labour unions.

The fact is that all unions are outlawed, except the monopoly state-run, the Viet Nam General Confederation of Labour, VGCL. Its owners are the ruling party, its officials are party officials, and its charter is to serve the party. We even have an internal VGCL document showing that VGCL asked police to arrest and punish strike leaders.

Every union must register with this Confederation to be recognized. And under law, strikes must be held by those recognized unions. The Labour Code also requires a process of conciliation and arbitration before the workers can conduct a strike. So, it is understandable that under such harsh requirements, 95% of the strikes are deemed illegal.

Also, 95% of the hundreds of strikes each year are related to wages, or the low incomes. As Viet Nam has undergone economic recession since 2008, workers are among the worst impacted victims. They suffer from low incomes, working overtime without being paid; many are denied insurance or heath care programs, especially in private sector. Working conditions have been lowered, and collective food poisoning has been widespread.

Just over a week ago, two hundreds of workers had been poisoned after having dinner in a company located in Ho Chi Minh City. Before that, on May 15, five hundred workers in Thanh Hoa province were poisoned as well because of drinking water provided by their employer. And these are just the known cases. Many similar cases must have happened in Viet Nam without being known and no one has been charged for that. The health and the lives of workers have been continuously threatened without any significant protection, especially from the Vietnamese government.

Forced labour is another violation of labour rights. There are reports from former political prisoners on the exploitation of prisoners, using them to produce garments, furniture, and cashew nuts.

We understand that when found to be violating labour rights, Vietnam’s ruling party wants to pay fines rather than enduring increased tariffs.

We also understand that by releasing Do Thi Minh Hanh early, the Vietnamese government just wants to pretend to the world that they are respecting labour rights.

I’ve been talking about bad faith and rights violations, but I’d like to end by noting that there is some hope. Facebook is hugely popular in Vietnam, connecting people; and there are dozens of "unregistered" NGOs who are actively protecting and promoting human rights.

So I would love to say: Don’t have a trade agreement in which labour rights are not enforceable. My people aspire to economic prosperity, but it must go hand in hand with liberty. Please be with us on our journey.